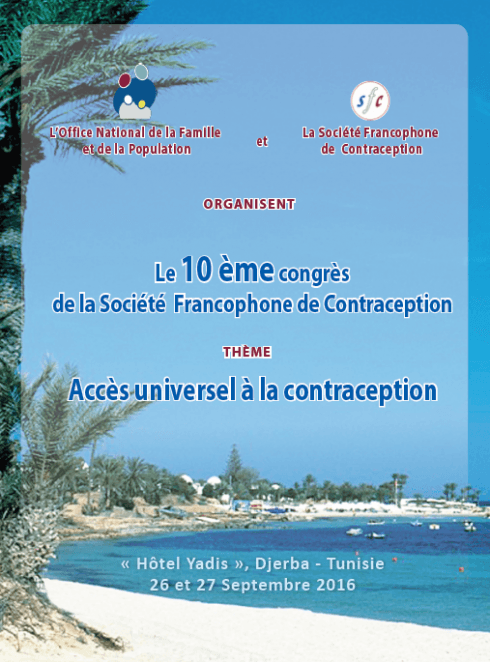 The ESC session at the 10th Congress of the Francophone Society of Contraception (SFC), Djerba, Tunisia, 26-27 September, 2016.

I represented the ESC at this meeting organised by Hela Chelli and her colleagues, with the backing of the SFC’s president, David Serfaty, and that of the WHO representative, Mary Lyn Gaffield. The congress was of a very high standard throughout. Tunisia has been a pioneer in the field of birth control since the 1960s: it legalised contraception and induced abortion long before many West-European countries did. All indices related to birth steadily improved for decades in a role.

Regretfully there was a turning point around the year 2000 with, thereafter, increasing numbers of women refusing contraception, girls marrying at an early age, a greater frequency of multiparity, all of which resulting in a progressive rise in birth rates and fertility rates. Papers read by colleagues from the Maghreb and sub-Saharan Africa were outstanding. The WHO session was very much in the like as well.

As standard bearer for the ESC, I discussed coerced sterilisation. Many participants were for the first time confronted with information concerning these degrading treatments carried out on a large scale in European and North-American ‘democratic’ countries between 1907 and the early 1980s, as well as under totalitarian regimes in the 1930s and during World War II, but also, more recently, in every continent, except Africa. An animated discussion followed.