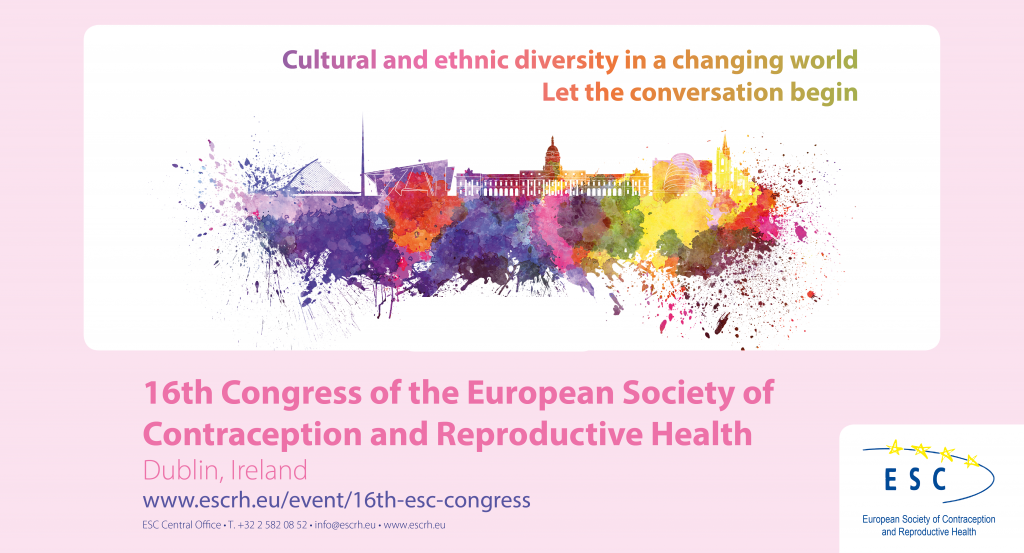 As you are aware, the 16th ESC congress (May 2020) was postponed since Europe was in the epicentre of the COVID-19 pandemic. We gladly confirm that the 16th ESC Congress will take place in Ghent, Belgium, 25-28 May 2022.

We really hope to welcome you in Belgium. Keep well.

The theme of the 2020 Congress is ‘Let the conversation begin – Cultural and ethnic diversity in a changing world’. 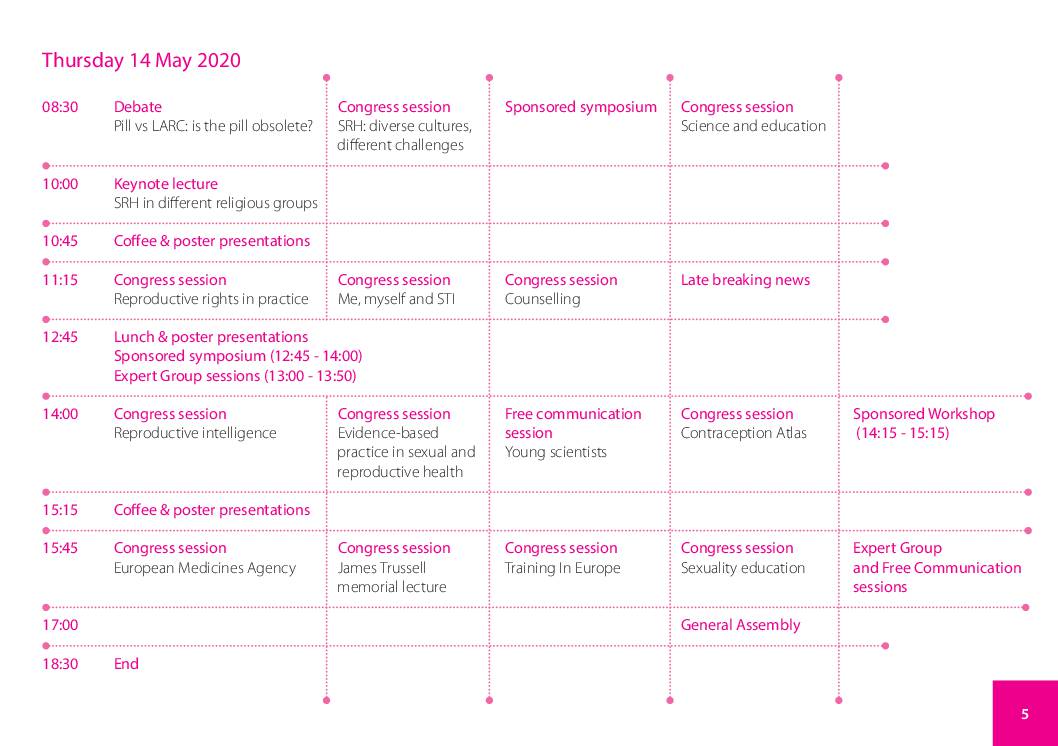 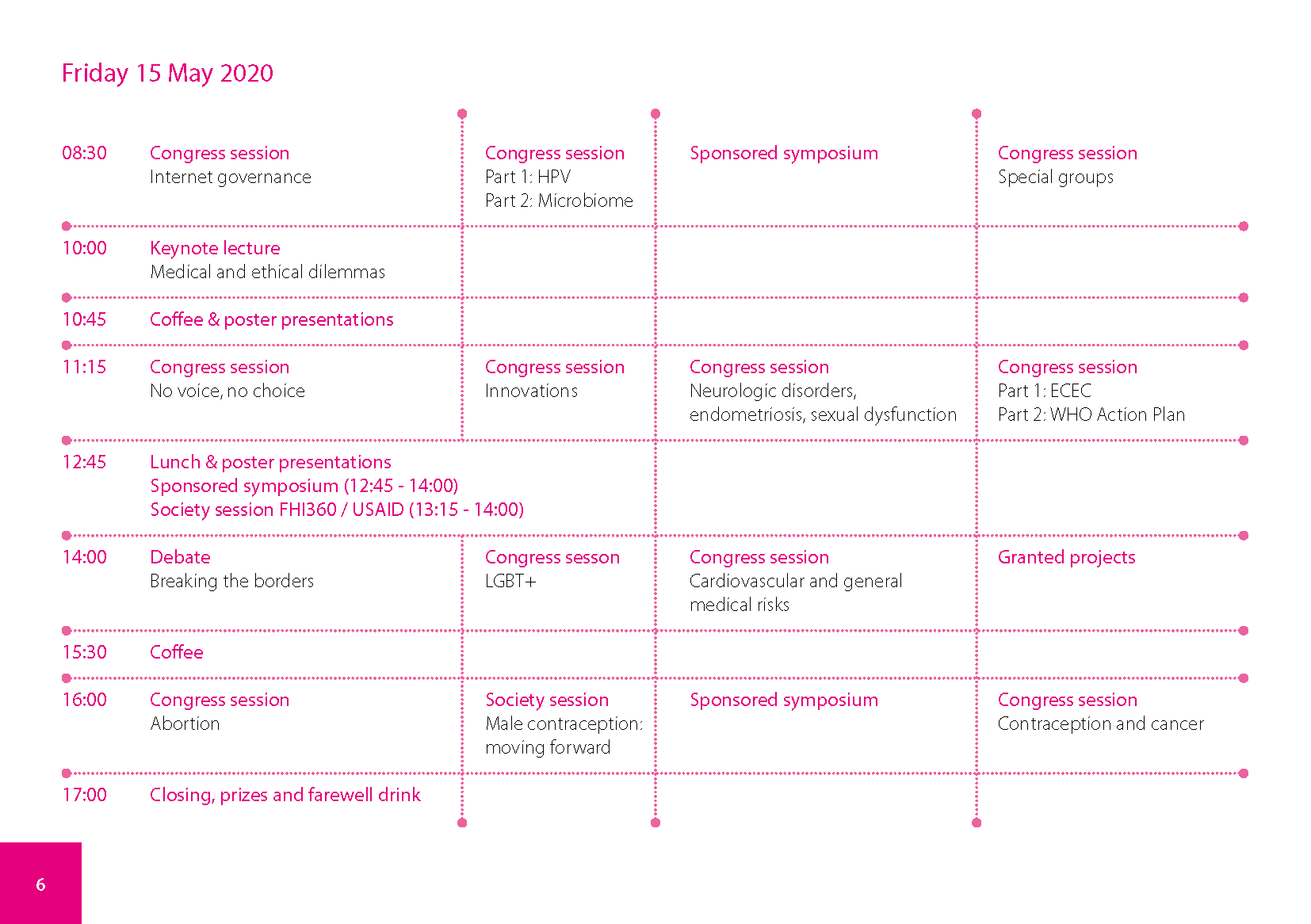 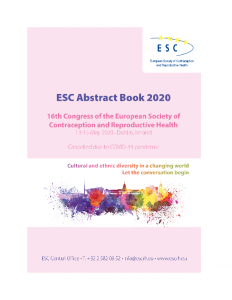 The Convention Centre Dublin (The CCD) opened in September 2010 and is Ireland’s only purpose-built international conference centre. This landmark building was designed by award-winning Irish architect Kevin Roche, and features a stunning glass fronted atrium running the full height of the building, giving visitors panoramic views of the River Liffey, Dublin city centre and the Wicklow mountains. Located in Dublin city centre, The CCD is at the heart of Dublin’s transport hub with excellent air, road, rail and sea connections.

The request for European accreditation will be submitted to the UEMS/EACCME. The number of granted European CME Credits will be announced in due course.

In keeping with the majority EU members, Ireland has adopted the euro as its national currency.

The congress language is English. English is the spoken language through Ireland but with its own Irish flavour and lilt! Irish (or Gaelic) is the original native language of Ireland.

Dublin is a safe and welcoming city. The city is one of the friendliest in Europe and maintains a relaxed and welcoming atmosphere.

Click here to go to the visa information page of the relevant  Irish Ministry.

While the weather can be changeable – it’s rarely extreme. In summer (May to July), the averages for highest temperatures are between 17.7 and 20°C (64 and 68°F).

Early hotel booking is highly recommended as May is the high tourist season in Dublin.

To book a hotel please see below the name of the hotel and the booking link (in the middle right hand column) Click on this booking link and enter the booking code (in the far right hand column below).  It will bring you directly into the hotel reservations where you can place your booking.  For one or two of the hotels when you click on the “booking” link it will open an email address for the group reservations contact.  In that case you send your request by email and mention you are attending the ESC Congress” and you will then get a reply from this hotel contact.

For info and assistance with group accommodation bookings, group transport and group dinners or special requests please contact Una Miley at A Touch of Ireland: ireland@atoi.ie

Dublin is an exciting and inspirational city eager to extend a warm welcome to business tourists from across the globe. Scoring high on essential criteria such as suitability, accessibility, facilities and service, Dublin delivers in its own inimitable way.

Our capital is a breath of fresh air, a truly unique city that’s steeped in tradition yet young at heart. In the historic, compact city centre there are lots to do and see, and visitors will love the rich selection of galleries, national museums which have free entry, restaurants, pubs and shops, not to mention the traditionally warm welcome from Dubliners.

Dublin – Your Destination of Choice

Dublin is a leading international conference destination and has succeeded in combining the quality product demanded by discerning business visitors with a unique and memorable visitor experience. The scenery in all its variations and the friendliness inherent in the Irish people provide that unquestionable draw which optimizes the desired delegate attendance and in most cases exceeds targets.

Effortlessly combining traditional and modern, historic and contemporary, dynamism and that famous Irish laid back quality, Dublin is an exciting, safe and inspirational city eager to extend a warm welcome to business tourists from across the globe. Scoring high on essential criteria such as accessibility, destination appeal, high-quality facilities and excellent service delivered in a uniquely charming and effortless fashion, the Irish capital is intent on further developing the Meetings sector and its tourism suppliers are demonstrating their commitment through an almost continuous programme of refurbishment and expansion.

Dublin has a long tradition of academic excellence commencing with the establishment of Trinity College Dublin in 1592 (built on the foundation of a previous monastic centre of learning). That base has also been expanded in the late 1800’s through the establishment of University College Dublin. Both feature in the top 100 Universities with an enviable international reputation. In addition, the Royal College of Surgeons in Ireland, the Dublin Institute of Technology and Dublin City University further add to that reputation and the graduates of all institutes have made a remarkable contribution worldwide.

Ireland is a parliamentary democracy. Its law is based on Common Law and legislation enacted by the Oireachtas (Irish Parliament) under the Constitution. In addition, regulations and directives enacted by the European Union have the force of law in Ireland.

The Constitution of Ireland sets out the form of government and defines the powers and functions of the President, both Houses of the Oireachtas and the Government. It also defines the structures and the powers of the Courts and outlines the fundamental rights of citizens. The definition of rights covers five broad headings: Personal Rights, The Family, Education, Private Property and Religion.

Diplomatic relations of Ireland are substantially influenced by its membership of the European Union, although bilateral relations with the US and the UK are also very important to Ireland. It is one of a group of smaller nations in the EU and has traditionally pursued a nonaligned foreign policy.

Ireland joined the European Economic Community (EEC) on 1 January 1973 and has participated actively in the evolution of what is now the European Union (EU). EU membership is pivotal to Government policy. It is a central framework within which the Government pursues its foreign policy objectives. Ireland’s membership of the European Union is rooted in an understanding that the Union is the cornerstone of political and economic stability in Europe.

Ireland tends towards independence in foreign policy, is not a member of NATO and has a long-standing policy on military neutrality. Ireland is consistently the most pro- European of EU member states, and is a founder member of the euro currency. Ireland has diplomatic relations with 161 foreign governments. The Irish government has 74 missions across the world including 55 Embassies.

ESC Board
ESC Board

Local Transportation
Dublin city itself is small, compact and is tailor-made for carefree exploring by foot. It also has an excellent transport system, which includes an urban rail system (DART), a stylish new tram network (LUAS) and an extensive city/countrywide national train and bus service. A universal public-transport access card called the ‘Leap Card’ is available allowing delegate’s access to all parts of the city by bus, DART or Luas. Taxis are plentiful and reasonably priced by international standards. A regular Airport bus (every 15 mins) can take delegates from the airport to the CCD, a journey of less than 30 minutes. The RDS has an hourly bus service to the airport, which takes 35 minutes. The majority of delegates will probably choose to stay in a hotel close to the conference centre. For those who wish to stay further afield the conference centre is well serviced by public transport (tram).

Motorway Access
Dublin is connected to all major population centres, including those in Northern Ireland, by a major road network and is no more than 3-4 hours’ drive from any point in the country.

Rail Access
Ireland’s rail system is modern and efficient, with regular train services arriving and departing Dublin daily. There are several railway stations located within a few minutes’ walk from the congress venue.

Dublin International Airport
The airport is only 12km from the city centre and is served by bus and taxi taking less than 20 minutes to get to the city centre. Dublin Airport Fast Facts: 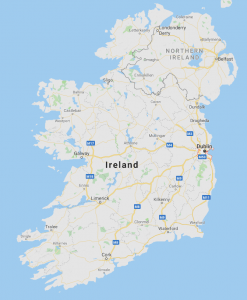 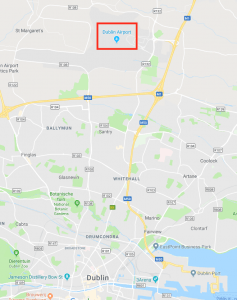 Taxi
The most popular app used in Dublin to order a taxi is called ‘Free Now’
https://free-now.com/ie/

The registration form will become available again once the date for the postponed congress is defined.

Registration fees
All amounts are expressed and payable in euro.

All refunds will incur a 20% handling fee. No refunds will be made after 1 February 2020. However, another delegate may be nominated as a replacement, up to two weeks before the congress. Cancellation must be in writing (by letter or email) to the Congress Secretariat. The date of the postmark or email will be used when considering a refund. All refunds will be made after the congress. Participants should state the bank details to which refunds should be made.

The registration package for the participants includes:

Upon receipt of the registration form(s) with the appropriate fees, confirmation will be sent together with a receipt of payment. Once registered, registrations cannot be changed to another fee category.

While it will be possible to register on site, we do suggest that participants take advantage of the lower fee (early registration) and convenience of registering in advance.

Any Italian pharmaceutical company supporting or participating in a congress abroad is subjected to an authorisation by AIFA (Italian Drug Agency), according to an Italian Government Decree (Decreto Legislativo 219/06 – art. 124).
The request of authorisation must be submitted within 60 days before the starting date of the event.
Further details are available of Aifa website (https://www.aifa.gov.it/).

The appointed agency to collect all applications from pharmaceutical companies and file them with the AIFA is:

We are pleased to announce the 16th Congress of the European Society of Contraception and Reproductive Health (ESC), which will take place from Wednesday 13 to Friday 15 May 2020 at the Convention Centre Dublin.

The theme of the congress is “Cultural and ethnic diversity in a changing world. Let the conversation begin.” Full information and the scientific program can be found elsewhere on this website.

ESC congresses bring together some 1750 experts in the field of contraception, women’s health, and sexual and reproductive health care. The main audience is made up of gynaecologists, general practitioners, family doctors, midwives and nurse practitioners from all over Europe.

A wide selection of support opportunities is available for the industry. Feel free to ask for our sponsorship prospect. We believe that participation at the congress may bring your company significant business rewards.

ESC congresses address all new developments in the field of contraception and reproductive health care, attracting a high level of enthusiasm from both audience and speakers.

We can be reached at any time at the contact address below.

We hope to hear from you in the near future and look forward to collaborating with you.

ESC Board
ESC Board